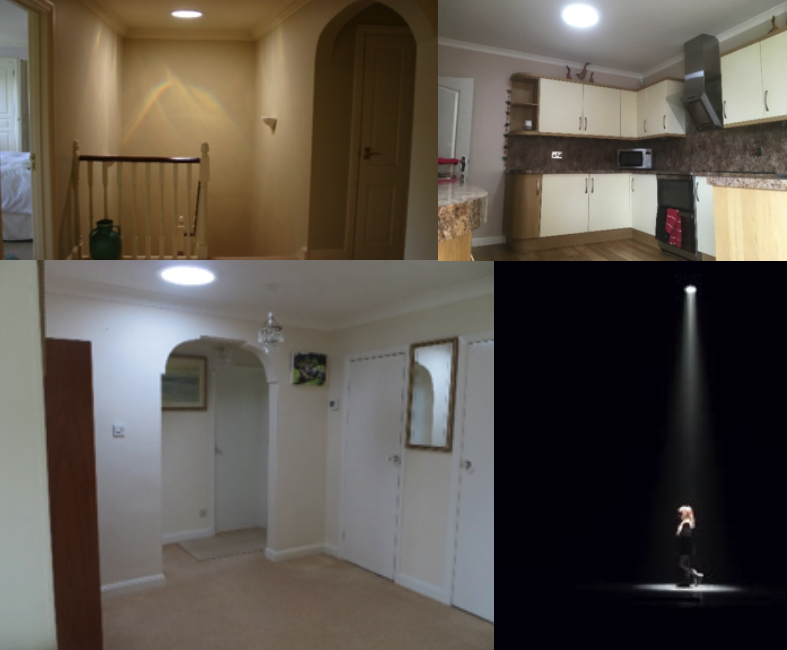 Don’t believe what everyone tells you about sun tunnels

I recently spoke to a customer who was very keen to have a Solatube sun pipe installed. I talked them through all the details and explained how they worked and they seemed very happy with everything. That was until someone came along and told them that sun pipe’s aren’t very good because they act like a spot light and just deliver a shaft of light, as if you’re about to be beamed up by Captain Kirk in Star Trek!

Nothing could be further from the truth. I just don’t know where people get these ridiculous ideas from, but it’s certainly not from first-hand experience. The very opposite is actually true. So I’d just like to clarify a few points…

A sunpipe actually spreads and diffuses the light around a room better than any other form of lighting I’ve ever come across. The concept of a shaft of light or spotlight effect is totally alien; the light from a sun pipe is just not like that. When you see it for yourself you’ll recognise that a sun pipe spreads the light brilliantly well throughout any room.

If that was the only misleading information about sun pipes then it wouldn’t be so bad, but it goes on, so please do not be misled by people who just don’t know.

A dome IS much brighter than a flat glass collector

Right, this isn’t a sales pitch trying to sell you a dome rather than a flat glass collector; it’s actually about physics. It’s not up for discussion, or someone else’s point of view, it’s fact!

If you have a flat glass collector (like a Velux style roof window) then it is far more dependent on daylight shining directly in to it. However, when the sun is lower in the sky in the morning and evening (and also during the winter months), then the rays of light are at a much lower level and much of the light passes over the top of the flat glass collector, particularly if it isn’t on a south facing roof. It is just unable to pick up these lower level rays of light.

On the other hand a dome sticks up proud and therefore these low levels rays of light hit the dome, which is designed to then direct the light down in to the tube. And this is why a Solatube sun tunnel with a dome will deliver more light than a flat glass, Velux style collector – it’s physics (and common sense).

What’s more, not only does this mean a Solatube dome picks up and delivers MORE light i.e. a Solatube sun pipe is brighter than a Velux style flat glass collector, it is also able to gather and deliver more light over a longer period of the day – from early morning and late evening and also during the winter months when the sun is lower in the sky and when a flat glass collector struggles. So, with a Solatube you get more light for a longer amount of time throughout the day. You’d have to install a much bigger flat glass system to get anywhere near the same amount of light as you do with a dome.

I’ve also heard people say ‘you should install a flexi tube system because they’re just as good’. No they are not; not by any stretch of the imagination and once again, this is physics talking, not a sales pitch.

Neither are they easier to install (unless you don’t know what you are doing). To get the same amount of light as a rigid Solatube sun pipe you would have to install 10 (yes, that’s correct, 10) flexi tube systems of the same size. Flexible tubing is just not designed to reflect light down its length; it’s actually designed for ducting air, not light. The crinkled surface of the flexible foil simply scatters the light in multiple directions, with only a tiny 10% of it making its way to the room below.

You WILL be disappointed with the very low light levels you get from a flexi tube system and if there is only one piece of advice you came away with from my little rant, it would be to avoid flexi tube systems – they are a con and rip off in my opinion.

Don’t get me wrong here, a Solatube is not an inexpensive item. However, when compared with equivalent systems they are comparable in terms of price. So many people say they can find a cheaper system elsewhere, however, they are not comparing like with like. As you will have picked up from my points above, not all systems are alike and simply comparing the price of one 35cm dia system with another is not accurate.

It’s like comparing a 5w LED light bulb with a 10w LED bulb. To all intents and purposes the light bulbs themselves look the same, however, we all know that a 10w bulb will deliver nearly twice as much light as a 5w bulb and you pay more for it.

In exactly the same way a Solatube delivers more light than any other system of the same size. So when comparing you need to look at large diameter systems from other manufacturers and generally speaking you’ll find the prices are then very close. In other words, to get as much light as you do from a 25cm dia Solatube, you would need to install a 30-35cm diameter system from anyone else. And that’s because a Solatube is the brightest sun tunnel system available!

Base your sun pipe choice on facts, not fiction

I imagine you may have picked up on how annoyed I get when I hear these misleading and incorrect comments made about Solatubes. But I’m not telling you this for my own benefit. You are entitled to choose whatever system you like, however, I want you to be able to make that decision based on accurate information and facts rather than spurious comments made without any knowledge or understanding. I happen to prefer to install Solatube sun pipes, because I know they are the best system to install on every single count, including price (or perhaps it would be better if I said value for money).

So, for your own benefit, PLEASE don’t believe the misleading information that far too many people sprout about sun pipe systems. They actually just don’t know and they are making it up based on what they THINK a sun pipe might be like and not how they ACTUALLY perform. I’ve been installing various types of sun pipe system for 14 years now and I know what works and what doesn’t and hearing some of the made up garbage some people talk about really makes me mad (in case you hadn’t noticed!). You may as well be listening to someone telling you that the earth is flat and if you travel too far you’ll drop off the edge!

Across the south and west, Solatube Southwest is the recognised distributor and installer of Solatube sun tunnels (or light pipes), from Bournemouth down to Plymouth and beyond.

If you are interested in bringing natural light into your home, why not contact us at Solatube Southwest; 07989 976 010) to find out whether a Solatube sun pipe can help you. Typically, a fully installed system might cost anywhere between £900 – £1,200; that’s supplied, professionally installed and includes the VAT.